Since 2004, the Zamir Choral Foundation has annually conferred its Hallel V’Zimrah Award upon one or more individuals who have made an important contribution to the world of Jewish music. The Award is presented at the Foundation’s North American Jewish Choral Festival, in the context of a gala ceremony that typically includes a performance in honor of the awardee. Award recipients have included the following:

2004 –Velvel Pasternak, who began his career with research on Hassidic music, arranged the instrumental and choral accompaniments for several recordings of traditional Hasidic song. His career blossomed as he went on to edit, publish and distribute dozens of volumes on the full range of contemporary Jewish music as founder of Tara Publications.

2005 – Gil Aldema, prolific composer in his own right, is especially well known for his many wonderful arrangements of melodies by Naomi Shemer. Gil has also worked as a scholar and teacher, and has edited several volumes devoted to the preservation of the popular musical traditions of Israel.

2006 – Yehezkel Braun, beloved composer of dozens of short compositions and arrangements that form a staple of the Jewish choral repertoire. He has also written for instrumental ensembles (including major works for chorus and orchestra) as well as several commissions for the Zamir Choral Foundation’s Mandell Fund for New Music. Yehezkel has been especially drawn to the setting of traditional Jewish texts, breathing new life into familiar melodies and offering his own insightful interpretations with original settings.

2007 – Theodore Bikel, can lay claim to a variety of cultural “careers: renowned folk singer; theater, film and television actor; radio host; president of Actors’ Equity; political activist; Jewish spokesman, and author are just a few of his many credits. Bikel’s many recordings of Yiddish folk and theatre songs helped preserve and promote these cultural treasures among Jewish audiences throughout the world. He was also among the first to adopt the cause of Soviet Jewry, and used music to successfully rally Jews around the world to call for the release of their brethren behind the Iron Curtain.

2008 – Dr. Ruth Westheimer, though not a musician herself, has always been a lover and ardent supporter of Jewish music. Her autobiography, “My Life in Music,” describes the vital role music played in helping her cope with early trauma as a child of the Holocaust, and acculturate to new surroundings as a pioneer in pre-State Israel and a new arrival in America. She has also established the Ruth K. Westheimer Scholarship Fund to provide aid for participants in HaZamir: The International Jewish High School Choir.

2009 – Elie Wiesel, Nobel Peace Prize Laureate, he is also President of The Elie Wiesel Foundation for Humanity, an organization he and his wife created to fight indifference, intolerance and injustice. Teacher, lecturer, scholar and author, his devotion to Jewish music is a less well-known, but equally heartfelt part of his life. He was a Jewish choral conductor in Paris immediately following World War II, and has woven the music of his youth in Sighet, Roumania into a concert presentation, Memories and Melodies of My Childhood (with musical arrangements by Matthew Lazar). He serves as Honorary Chairman of the Zamir Choral Foundation.

2010 – Samuel Adler, Charles Davidson, Jack Gottlieb and Ben Steinberg formed a quartet of honorees in recognition of their 80th birthdays, and their diverse contributions to the world of Jewish choral music. As teachers, choral conductors, arrangers and composers of music for synagogue bimah and the concert stage, these four legendary musicians have collectively touched virtually every form of Jewish vocal music, preserving traditional motives and melodies, and offering new and creative forms for the engagement of cantors, their choirs and congregations, and lovers of Jewish music in performance.

2011 – David Burger, has written works that have changed the sound of contemporary Jewish choral music. His unique settings of classic Jewish texts, as well as his evocative original lyrics have thrilled audiences across North America. His settings of Zionist texts such as Megillat HaAtzma’ut and Hatikvah have inspired audiences around the world, and his setting of T’filah LiShlom Medinat Yisrael has become the anthem of the international Jewish choral movement.

2012 – Phyllis and Richard Rosen achieved a measure of Jewish musical immortality by creating the Jeanne R. Mandell Fund for New Jewish Choral Music. Their initiative and leadership has sparked the creation of new music that is been sung by Jewish choirs around the world. Yehezkel Braun, David Burger, Steve Cohen, Meir Finkelstein, Charles Osborne, Nick Page and Benjie Ellen Schiller have all been commissioned to offer their talents to the continuing vitality of the Jewish choral catalogue, thanks to the vision of this enterprising couple.

2013 – Yehoram Gaon is an accomplished actor, respected statesman, successful publicist and activist on behalf of special needs education, who has made multiple contributions to the fabric of Israeli life, but it is as a singer and recording artist with more than 70 albums to his credit that he has made his most lasting impression. Gaon has used his position as an iconic singer to preserve the music of his own Sephardic heritage, to create new classics of popular song that tell the story of modern Israel, and to reflect his devotion to Jerusalem and the Jewish State.

2014 – Marsha Bryan Edelman has served the Zamir Choral Foundation in various musical and managerial capacities since 1971, and has shared her talents as a teacher of Jewish music, a choral arranger and a conductor with students and singers of all ages for just as long. Dan Freelander has made his own important contributions to contemporary Jewish music, as a composer and half of the singing duo, Kol B’Seder, and, as part of his portfolio at the Union for Reform Judaism, as director of the Commission on Synagogue Music. Together, Marsha and Dan have also been involved in the administration of the North American Jewish Choral Festival since its inception. On the occasion of the Festival’s 25th anniversary, Marsha and Dan were recognized for their efforts on behalf of the Festival and the Jewish choral community that has emerged from it.

2015 – Flory Jagoda has been recognized across the world for her passionate devotion to the Sephardic musical heritage of her “Nona” (grandmother) and her efforts to preserve and enhance the traditions of Ladion music. Arrangements of her compositions, including “Buena Semana,” “Hamisha Asar” and “Ocho Kandelikas” have entered the choral repertoire, and her continuing efforts to teach her craft, both to members of her family and to her devoted students, have ensured the continuing vitality of this important reservoir of Jewish musical creativity.

2016 – Zalmen Mlotek, artistic director of the Folksbienne National Yiddish Theater, is a proud inheritor and conservator of the Yiddish musical tradition. Himself a conductor and arranger of many Yiddish choral selections including “Khalutzim Lider” (Pioneer Songs) and “Yugnt Hymn” (the Youth Hymn of the Vilna ghetto) Zalmen honored in recognition of his important work in bringing Yiddish choral music to new generations.

2017 – Eleanor Epstein is the Founding Director of Zemer Chai: The Jewish Choir of the Nation’s Capital. Joshua R. Jacobson is the Founding Director of the Zamir Chorale of Boston. In leading their choirs, each has demonstrated a commitment to excellence that they have brought to their participation in the North American Jewish Choral Festival since its beginnings in 1990, and infused in their choral arrangements that have enriched the Jewish music community across North America and beyond.

2018 – Nurit Hirsh is the composer of music for Israeli films, theater, Festivals, children and popular song. Beginning with “Perach HaLilach” in 1965, Nurit has composed more than 1,600 songs, including “Oseh Shalom,” “BaShanah HaBa’ah” and “Abanibi,” which won the Eurovision Festival in 1978. She was awarded the Israel Prize in 2016 for her far-reaching contributions to the music of Israel.

2019 – Gerald Cohen, Steve Cohen and Benjie Ellen Schiller were honored for the enormous contribution their original music has made to our Jewish choral community. All have been the recipients of commissions from the ZCF Mandell Rosen Fund for New Music, and in fact, each wrote new selections that were premiered in their honor at NAJCF 30.

2022- Nick Page, a charismatic conductor and prolific composer and arranger, was honored for embracing and expanding the Jewish choral repertoire.  A regular presence at NAJCF for decades, Nick’s settings of  “L’Eyla” and “K’Ayal Ta’arog,” have become favorites of the Jewish choral community throughout North America,  and his “HaLev Roked,” written for this year’s Choral Festival, is destined for similar popularity. 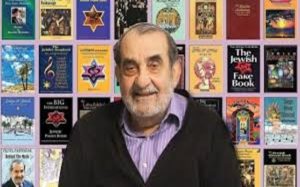 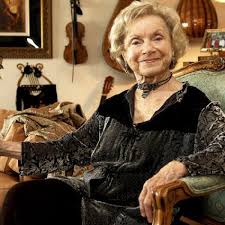 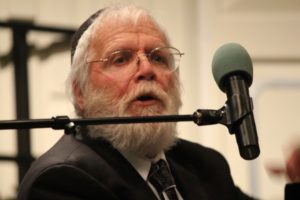 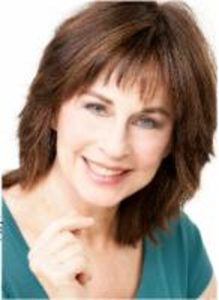